Some thoughts about the Covid-19 pandemic 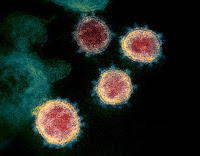 Here are a few observations from Scripture to keep in mind as we seek to respond appropriately, that is, faithfully, to the Coronavirus pandemic.

First, biblical law empowers governing authorities to impose quarantines to protect public health.  In ancient Israel, if someone developed a suspicious spot on the skin, he was to be brought before the priest to be examined.  If the spot met certain criteria, he was pronounced “clean” and allowed to go his way.  If it met certain other criteria—we need not go into the details here—he was “shut up” (quarantined) for seven days and examined again.  Depending on his condition, he might be quarantined for another seven days (if there were no changes in the spot), pronounced clean (if the spot was improving), or pronounced unclean (if the spot was growing).  In the last case, he was to make his dwelling “outside the camp” for a prolonged, perhaps permanent, quarantine (see Lev. 13:1-46).[1]

The point here is to demonstrate a biblical precedent for a legally mandated quarantine or “social distancing.”  Perhaps someone objects on the ground that officials might abuse this power.  True enough, just as they might abuse any power entrusted to them.  The question is not whether they might abuse the power, but whether it is a legitimate power of government?  In light of Leviticus 13, it seems that it is.  There are similar powers related to public health implied in Leviticus 13:47-59 and 14:33-56.

Second, recklessness in the face of danger is foolish.

The prudent sees danger and hides himself,
but the simple go on and suffer for it
Proverbs 22:3

That is, when a wise man sees danger, he takes measures to protect himself.  The greater the danger, the greater the measures.  But as Billy Shakespeare might say, “Ay, there’s the rub.”  How great a danger does the Coronavirus really pose?  That’s still an open question.  We’re still in the early stages of the outbreak and there are plenty of unknowns.  Indications suggest an infection rate of 2.5 (how many people an infected person infects).  This rate might change as more data are collected.  If the current number is accurate, it means that Covid-19 is more infectious than MERS (0.8), influenza (1.5), and Ebola (2.0), but less infectious than SARS (3.5), mumps (4.5), Rubella (6.0), smallpox (6.0), and measles (16.0).

More than 80 percent of confirmed cases suffer only mild symptoms.  It’s fair to assume that many who have the virus and experience only mild symptoms never get tested, so that the total number of cases is far higher than confirmed cases, which in turn pushes the mortality rate down significantly.  The swine flu provides an example.  The CDC reported that through July of 2009 there were 43,677 confirmed cases in the U.S.  They multiplied this number by 41 and 131 to give a range of the likely number of cases, including those never tested and confirmed (1.7 to 5.7 million).[3]  If the same multipliers are used with the current number of confirmed Coronavirus cases, it pushes the mortality rate down, closer to the range for the flu.  This is good news.  But of course, there are still a lot of unknowns, hence what may seem like an excess of caution.

Of course, the nature of the measures taken to “hide” oneself from danger depends on the nature of the danger itself.  “Hiding” oneself in the present danger may mean nothing more than using the precautions recommended by the CDC that we’ve all heard so much about recently (regular handwashing, social distancing, etc.).  These things do not betray a lack of faith, but rather demonstrate prudence.

If the Coronavirus is not as dangerous as we’ve been led to believe, then the measures the federal and state governments have taken could actually do more harm than good.  A great many people, I fear – most of them people who can least afford it – will take a heavy financial hit.  Those of us who are better off ought to help bear their burden.

Third, the commandment to love our neighbors (Lev. 19:18; Matt. 22:39), impels us to take the necessary precautions to avoid infecting others, especially those who are most at risk – the elderly and those who have other underlying health problems.

Fourth, let’s remember that God has not given us “a spirit of fear, but of power and of love and of self-control” (2 Tim. 1:7).  Let us be faithful and faith filled.  There is no need to panic, ever.  We belong to the Lord.  Let us, then, entrust ourselves to him.
[1] I understand the separation of the person afflicted with leprosy as partly for holiness reasons and partly for public health reasons.  The two are not mutually exclusive.
[2] https://www.worldometers.info/coronavirus/ (accessed March 17, 2020)
[3] See Vital Facts about Covid-19 and Estimates of the Prevalence of Pandemic (H1N1) 2009

Unknown said…
This article gives me peace, in this time of turmoil.

But I have to ask, what do you think of the priest that gave the respirator to the younger patient and he himself died of the virus, since you are sharing your thoughts?

Doug Enick said…
My apologies for not responding sooner. I'm just now seeing your comment. The priest you referred to, Fr. Giuseppe Berardelli, of northern Italy exemplifies the words of Jesus, "Greater love has no one than this, that someone should lay down his life for his friends" (Jn. 15:13). His was a beautiful act of selflessness.
April 10, 2020 at 10:45 AM