Showing posts from April, 2017
Show all

The Resurrection of Christ and the New Creation 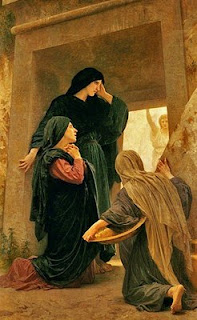 The apostle John begins his account of our Lord’s resurrection by telling us that it occurred on “the first day of the week” (20:1). In fact, all four Evangelists introduce their respective narratives of the resurrection by telling us this. I find this to be very interesting. Rather than emphasizing the fact that it was the third day after the crucifixion, they emphasize that it was the first day of the week. Of course both are true, but it’s the latter they emphasize. I find this interesting because Jesus had said on several occasions that he would be crucified “and after three days rise again” (Mk. 8:31). [1] We might have expected that at least one of the Gospels would have begun the narrative of the resurrection by saying, “Now on the third day after he was crucified…” This would have tied in very nicely with all that Jesus had said beforehand and would have emphasized the fulfillment of his word. But none of them mentions the fact directly, only that it was the first day of
Post a Comment
Read more
More posts