Showing posts from 2016
Show all

On the Virgin Birth 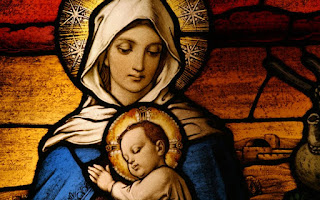 Recently, a popular evangelical preacher, Andy Stanley, dismissed the importance of the virgin birth by claiming that “Christianity doesn’t hinge on the truth or even the stories around the birth of Jesus.” Stanley is the founder of North Point Ministries, a network of six churches in and around Atlanta, attended by 30,000 people each week. In a message he gave on December 3, he said: A lot of people just don’t believe it [i.e., the virgin birth]. And I understand that, and maybe, you know, the thought is, hey, you know, they had to come up with some myth about the birth of Jesus to give him street cred, you know, later on. And maybe that’s where that came from. He stops short of claiming this as his own view. But he goes on to say something which seems to indicate he believes the position has some plausibility: It’s interesting because Matthew gives us a version of the birth of Christ; Luke does; but Mark and John, they don’t even mention it. And a lot has been made
1 comment
Read more 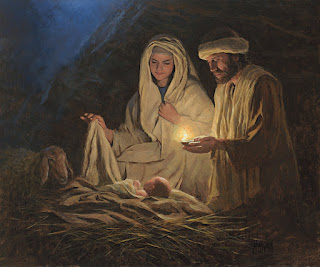 This line from the Christmas carol, What Child is This?,  draws attention to the seeming incongruity of the Son of God being laid in a manger. Have you ever considered how the whole narrative of our Lord ’ s birth shows us that  God delights to do great things by humble means?  Think, for example, of this prophecy from the book of Micah, delivered some 700 years before the event: But you, O Bethlehem Ephrathah,            who are too little to be among the clans of Judah, from you shall come forth for me            one who is to be ruler in Israel, whose coming forth is from of old,            from ancient days (Micah 5:2) There are several important truths that can be gleaned from this prophecy, but one that is often overlooked is what it says about Bethlehem itself, namely that it was “too little to be among the clans of Judah” (v. 2a). Literally, it reads, “too little to be among the thousands of Judah.” The tribes of Israel were divided for military purpose
Post a Comment
Read more 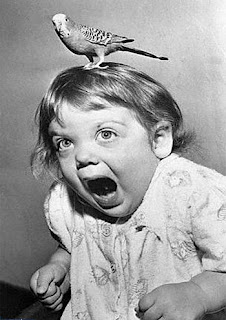 The apostle Paul speaks a great deal about the importance of the mind in the Christian life. For example, he contrasts the mind set on the flesh with one set on the Spirit. The former, he tells us, leads to death, while the latter leads to life and peace (Rom. 8:5-6). He admonishes us not to be conformed to this world, but to be transformed by the renewal of our minds (Rom. 12:2). Elsewhere he urges us to set our minds “on things that are above, not on things that are on earth” (Col. 3:2). The mind is the Christian’s battleground. What we choose to do with it, how we choose to employ it, determines everything. Sin begins first with the suggestion, proceeds to the imagination, from there to desire, then to the deed, then to the habit, and finally to destruction. We must resist at the point of suggestion. We cannot always prevent the suggestion from arising—whether it arises from the world, the flesh, or the devil is immaterial—but we can (by God’s grace) refuse to entertain it, ref
Post a Comment
Read more

A lesson in logic 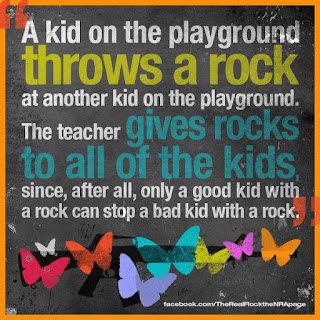 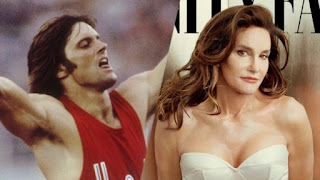 We owe Andrej Peji ć a debt of gratitude. He has expressed perhaps as succinctly as possible the political end game in the battle over sexual identity. Peji ć, who was born in Bosnia-Herzegovina and later emigrated to Australia, first made a name for himself as an androgynous male model. Describing himself as “living between genders,” he has at times appeared on the runway in both men’s and women’s clothing in the same show . In 2014, he underwent “sex reassignment surgery” and changed his name from Andrej to Andreja. In a public statement following his surgery, he said, “To be perceived as what you say you are is a basic human right.” This concise statement is a perfect summary of the goal of the “transgender” movement. But it’s a troubling statement for several reasons, not the least of which is the fact that it is the business of governments to protect and defend basic human rights. [1] If Peji ć has a right to be perceived as a woman, what legal obligations does this i
Post a Comment
Read more 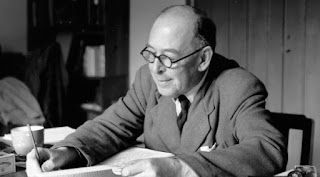 In Surprised by Joy , C. S. Lewis describes his journey by stages from materialism, to idealism, to theism, and finally to Christianity. The account is too long to reproduce here; but I quote below what I find to be some of his most powerful observations along the way. The odd thing was that before God closed in on me, I was in fact offered what now appears a moment of wholly free choice. In a sense. I was going up to Headington Hill on the top of a bus. Without words and (I think) almost without images, a fact about myself was somehow presented to me. I became aware that I was holding something at bay, or shutting something out. Or, if you like, that I was wearing some stiff clothing, like corsets, or even a suit of armor, as if I were a lobster. I felt myself being, there and then, given a free choice. I could open the door or keep it shut; I could unbuckle the armor or keep it on. Neither choice was presented as a duty; no threat or promise was attached to either, though I knew
Post a Comment
Read more

The Crown of Creation 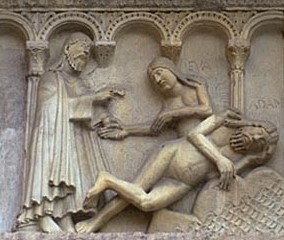 I love these observations by Matthew Henry on the creation of Adam and Eve:  "Creation of Eve" Wiligelmus*Modena Cathedral “Yet man being made last of the creatures, as the best and most excellent of all, Eve ’ s being made after Adam, and out of him, puts an honour upon that sex, as the glory of the man (1 Co. 11:7). If man is the head, she is the crown, a crown to her husband, the crown of the visible creation. The man was dust refined, but the woman was dust double-refined, one remove further from the earth.... The woman was made of a rib out of the side of Adam; not made out of his head to rule over him, nor out of his feet to be trampled upon by him, but out of his side to be equal with him, under his arm to be protected, and near his heart to be beloved.”
Post a Comment
Read more

Suffering, Affliction, and the Love of God 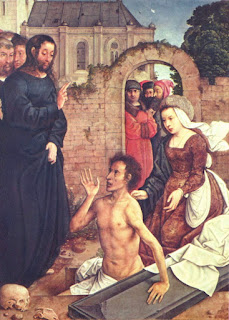 We find a rather peculiar thing in the eleventh chapter of John’s Gospel. The chapter recounts the incident of Jesus raising Lazarus from the dead. In the first few verses we’re told that Mary and Martha sent messengers to tell Jesus that their brother, who was very dear to him, was ill. And then we read the following: The Raising of Lazarus by Juan de Flandes (1465-1519) Now Jesus loved Martha and her sister and Lazarus. So, when he heard that Lazarus was ill, he stayed two days longer in the place where he was.   John 11:5-6 What a very odd thing to say. We would have expected something quite different. After saying, “Jesus loved Martha and her sister and Lazarus,” we would have expected John to have said, “So, Jesus hurried off to their home to heal him.” But, no, it says, “He loved them, so he stayed two days longer where he was.” What’s going on here? Because Jesus loved them, he wanted to teach them something that would prove to be an immeasurable comfort to
Post a Comment
Read more

"A Perpetual Forge of Idols" 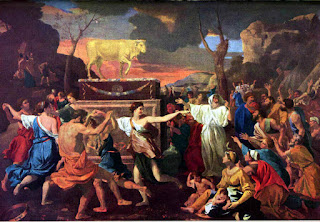 Some wit once observed, “In the beginning God created man in his own image; and man, being a gentleman, returned the favor.” [1] This is a humorous way of making the point that Calvin made in his Institutes :  “The human mind is, so to speak, a perpetual forge of idols.” [2]   The advantage the first saying has over the second is the addition of the fact that the idols men forge tend to look an awful lot like their forgers.   This is true, not only with respect to the false conceptions people have of the Father, but also of the Son. Not finding the real Jesus (the one presented to us in the pages of Scripture) much to their liking, they refashion him into their own image. They don’t like Jesus as he is , and so they imagine him to be what he is not. This imaginary Jesus, not surprisingly, is one who happens to agree with them and endorse their agenda. Thus, we find Jesus re-imagined as a woman, as a homosexual, as an animal rights activist, as a card-carrying Democrat, as a flag-
Post a Comment
Read more 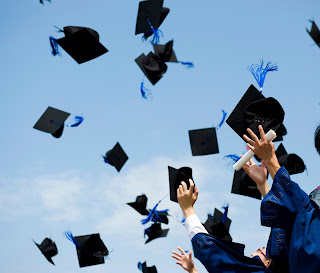 Graduates, I very much appreciate being given the opportunity to speak to you today, and I hope that you might be able to find some hope and encouragement in what I have to say. It is customary for commencement speakers to challenge the graduates to go out and do extraordinary things; to go out and be world-changers; to dream big and aspire to do great things. But I’m going to issue you a challenge that is a bit different. I’m not going to challenge you to do extraordinary things, but rather to do ordinary things in an extra -ordinary way—or to put it somewhat differently, to do common things uncommonly well. This , it seems to me, is what the world needs more than anything else. Far too many people are satisfied with mediocrity. Far too many people are satisfied with doing just enough to get by. Too few strive to do what they do with excellence . But I would suggest to you that if something is worth doing at all, it is worth doing well . Solomon tells us that a commitment t
Post a Comment
Read more
More posts