Showing posts from July, 2011
Show all

He was against it before he was for it

By Doug Enick - July 30, 2011
Gary North comments ( Obama vs. Obama ) on a speech that then Senator Obama gave on the floor of the Senate in the 2006 in which he expressed his opposition to raising the debt ceiling. The fact that we are here today to debate raising America's debt limit is a sign of leadership failure. It is a sign that the U.S. Government can't pay its own bills. It is a sign that we now depend on ongoing financial assistance from foreign countries to finance our Government's reckless fiscal policies. Over the past 5 years, our federal debt has increased by $3.5 trillion to $8.6 trillion. That is "trillion" with a "T." That is money that we have borrowed from the Social Security trust fund, borrowed from China and Japan, borrowed from American taxpayers. And over the next 5 years, between now and 2011, the President's budget will increase the debt by almost another $3.5 trillion.   Obama then was better than Obama now .
Post a Comment
Read more 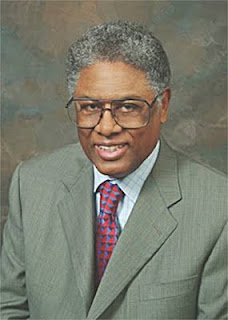 What atom told you so?

By Doug Enick - July 12, 2011
Professor A. T. Heist peered over the top of his glasses and across the desk with a disconcerting look at Christian, whom until very recently he regarded as his star pupil…despite his name.           “Look,” he said, barely controlling his anger, “I called you into my office to try to reason with you. You’re a bright kid. You’ve got a promising future. Your interaction in the class has made the semester interesting, not only for the other students but for me as well. But this is simply unacceptable.”           “I still don’t understand why.”           The professor slumped back in his chair, the exasperation obvious.           “All right, one more time,” he said at last. “And I’ll try to make it just as plain and clear as I can.”           He leaned forward and glared at Christian through narrowed eyes, pausing for dramatic effect. And then in the most authoritative tone he could muster, he said, “You can’t do this!”           He emphasized the “can’t” by pounding the d
Post a Comment
Read more

By Doug Enick - July 08, 2011
Senator Marco Rubio's first speech on the floor of the Senate.
Post a Comment
Read more

A really bright guy gets it wrong

By Doug Enick - July 05, 2011
Stephen Hawking, regarded as one of the world's leading physicists, has become more and more vocal about his atheism the closer he gets to the time when he will have to stand before his Maker to give an account of himself. In The Grand Design , a book published last year, he stated that it was "not necessary to invoke God...to get the universe going." Right...because we all know that something can come from nothing. Happens all the time. Recently, in an interview published in  The Guardian , he said, "There is no heaven or afterlife...; that is a fairy story for people afraid of the dark."  And how, exactly, does he know there is no heaven or afterlife? Is he speaking as a scientist? Then tell me, what experiments has this man of science performed in order to substantiate his claim? And have these experiments been repeated by others in order to verify the results?  What's that you say? No experiments have been performed? And why is that, exactly? Oh,
Post a Comment
Read more

By Doug Enick - July 05, 2011
A must read article by Thomas Sowell... It is hard to understand politics if you are hung up on reality. Politicians leave reality to others. What matters in politics is what you can get the voters to believe, whether it bears any resemblance to reality or not. Not only among politicians, but also among much of the media, and even among some of the public, the quest is not for truth about reality but for talking points that fit a vision or advance an agenda. Some seem to see it as a personal contest about who is best at fencing with words. Read more here .
Post a Comment
Read more

By Doug Enick - July 05, 2011
"The way Social Security was set up was so financially shaky that anyone who set up a similar retirement scheme in the private sector could be sent to federal prison for fraud. But you can't send a whole Congress to prison, however much they may deserve it." (Thomas Sowell) You can read the whole column here .
Post a Comment
Read more

The end of the law?