Showing posts from July, 2010
Show all

By Doug Enick - July 30, 2010
Check out this video. A storekeeper shares the Lord with a would-be robber and talks him out of his dastardly deed. Turns out the man had never robbed anyone before but was facing eviction and needed $300 for rent to keep his family in a home. Thank God for this bold and faithful Christian in the work place.
Post a Comment
Read more

Makes you dizzy just looking up! 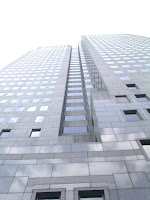 One of the things that was so impressive about New York was the sheer size of the city, not only in terms of the number of people, but also the height of the buildings. We felt very small standing on the street next to them. The first picture shown here was taken while we were standing in line waiting to buy tickets to see West Side Story . I don't remember now what building this is, but its height is not at all exceptional for Manhattan. The second picture is of a building which is exceptional by anyone's standards. It's the Empire State Building, now the tallest building in NYC. There is an observation deck on the 86th floor from which one can get a truly amazing view of the city. The picture was taken from the sidwalk across the street. Click on the photos to enlarge.
Post a Comment
Read more

On giving to the poor

By Doug Enick - July 30, 2010
In Matthew 5:42, Jesus says, “Give to the one who begs from you, and do not refuse the one who would borrow from you.” Does this mean we should give to everyone? What about people are poor because they are lazy? Whenever we talk about the poor, we have to distinguish between those who are deserving of help and those who are not. This is not a very politically correct way to frame the discussion, but it is biblically correct. When Jesus, “Give to the one who begs from you,” he’s assuming the begging is coming from the deserving poor. Not everyone who is poor is deserving of help. Those who are deserving of help are those who are poor through no fault of their own. It’s not that they have been lazy or irresponsible. It’s that they have suffered a set back that has either temporarily or perhaps even permanently made them incapable of adequately providing for themselves—widows and their minor children, for instance; also those who suffer from a mental or physical disability. These are
Post a Comment
Read more

By Doug Enick - July 29, 2010
From Newsmax... The mushrooming U.S. government debt burden may cause a new financial crisis by spurring a sharp rise in interest rates, warns Doug Elmendorf, director of the Congressional Budget Office (CBO). Countries such as Greece already have seen such crises, as their debt buildups sent interest rates soaring and drove away international bond investors. The CBO projects that U.S. federal government debt will reach 62 percent of GDP by Sept. 30, up from 36 percent just three years earlier. Only once before has that figure surpassed 50 percent, during and just after World War II. The debt, of course, is created by massive budget deficits, with the White House projecting a gap of $1.47 trillion this year. Elmendorf sees two possible outcomes for our current predicament – one mild, one harsh. (Read more here .)
Post a Comment
Read more

Is divorce and remarriage always sinful?

By Doug Enick - July 23, 2010
Please explain Luke 16:18. Is divorce and remarriage always wrong? The verse reads, “Everyone who divorces his wife and marries another commits adultery, and he who marries a woman divorced from her husband commits adultery." The first thing we need to note here is that Jesus is speaking to men, and is considering the question from the perspective of a man’s role in the divorce and remarriage. He says in the first place, “Everyone who divorces his wife and marries another commits adultery.” Taken by itself, and at a glance, this passage seems to imply an absolute prohibition of remarriage in any and all circumstances of divorce. But I think it’s better to understand Jesus as implying a very specific motive for the divorce, a motive which does not meet biblical standards of justification. When he says, “Everyone who divorces his wife and marries another,” he is addressing the issue of a man who has found another woman he would rather be married to, and so he divorces his firs
Post a Comment
Read more 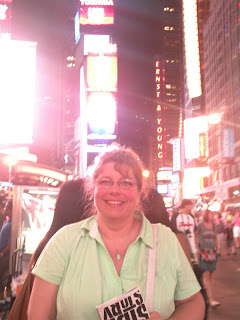 We were travel-worn and weary and hadn't been able to change our clothes for nearly 48 hours (our luggage didn't take the same flight we did), but we enjoyed our night out on the town. This pic, taken at the southern end of Times Square, was taken just after we saw West Side Story at The Palace Theatre. Wouldn't you know, as we were walking to this famous intersection we saw some fellow Kansasans right in front of us, a mother and her teenage son. The boy's t-shirt tipped us off that they were from Kansas. We learned that they live in Wichita and were in NYC to visit family.
Post a Comment
Read more

Tocqueville Foresaw it All

By Doug Enick - July 19, 2010
From Theodore Dalrymple's Our Culture, What's Left Of It: Tocqueville understood, as few modern writers do, that pauperism is above all a psychological, not an economic, condition. And he saw in the English system of social assistance to the poor the same insidious threat to men’s independence of character that he saw, only as a potentiality in American democracy. Tocqueville’s Memoir on Pauperism was published in 1835, shortly after the first volume of Democracy in America. He had visited England, then by far the most prosperous country in Europe, if not the world. But there was a seeming paradox; a sixth of the population of England were – or had made themselves – paupers, completely reliant upon handouts from public charity. This was a proportion greater than in any other country in Europe, even in such incomparably poorer ones as Spain and Portugal. In the midst of what was then the utmost prosperity, Tocqueville found not only physical squalor, but moral and emotional deg
Post a Comment
Read more

Will the temple be rebuilt?

By Doug Enick - July 18, 2010
Will the temple be rebuilt before the second coming? The short answer is, “I don’t know.” There are many Bible prophecy teachers who are very confident that it will be rebuilt; but the passages they point to as proof really don’t speak to the issue. They actually refer to events that were fulfilled in the first century. For instance, in Matthew 24, which many prophecy teachers say relates to the time of the second coming, Jesus mentions the temple being desecrated and destroyed. But it’s really quite clear from the context that he’s talking about the temple that existed in his own day, in the first century. When the disciples pointed out to him the magnificent construction of the temple, Jesus said, “Truly, I say to you, there will not be left here one stone upon another that will not be torn down” (Matt. 24:2). And when the disciples asked when it would happen, Jesus said, “This generation will not pass away until all these things take place” (Matt. 24:34). And sure enough, just
Post a Comment
Read more

And I used to think Calvinism was scary

By Doug Enick - July 09, 2010
The other day when I didn't have anything else to do (ha!) I picked a book off my shelf that I bought years ago but never read:  The Openness of God:  A Biblical Challenge to the Traditional Understanding of God ( InterVarsity Press, 1994), a series of essays by various authors on the "openness of God." If you have never heard of the idea, the openness of God is the notion that the future is "open" to God. He does not have a full knowledge of the future because the future acts of creatures possessing free will are inherently unknowable. I'm ashamed to say it, but there was a time when I was toying with the idea. I was struggling to understand the biblical passages that speak of God's sovereignty and man's responsibility and how the two relate to each other (i.e., Calvinism and Arminianism ). Involved in this discussion, of course, is God's knowledge of the future. I was firmly in the Arminian camp at the time, but the critique that Calvinists g
Post a Comment
Read more 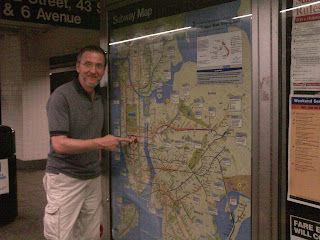 Steve and Jeannie turned us loose to do some sightseeing on our own, using the famous New York subway system. This Kansas couple found that it was not nearly as scary as we imagined it might be to be "alone" in this monstrously large city, finding our way here and there underground. Thankfully, we found Steve's advice to be true:  "If you need help, ask. New Yorkers love to give directions."
Post a Comment
Read more

On giving what is holy to dogs

By Doug Enick - July 01, 2010
Please explain what Jesus meant in Matthew 7:6, “Do not give dogs what is holy, and do not throw your pearls before pigs, lest they trample them under foot and turn to attack you.” The background for understanding this is to be found in what God had said in Exodus: “You shall not eat any flesh that is torn by beasts in the field [you shall not use as food any animal that has been killed by another animal. What then is to be done with it?]; you shall throw it to the dogs” (Ex. 22:31). References to dogs in Scripture are almost always derogatory in nature. They were like portable garbage disposals roaming about the city streets scavenging whatever they could find to eat. And they were known to eat the most putrid and disgusting things, which contributed to their being regarded with contempt. Now it’s one thing to throw meat from an animal that had been torn by a beast in the field to the dogs, but it was quite another to do this with meat that came from an animal that had been sacr
Post a Comment
Read more
More posts