Showing posts from June, 2018
Show all

Some thoughts on faith 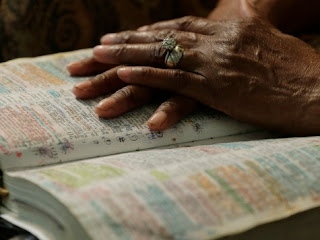 People often use the word “faith” in a way that convinces me they don’t have a clear conception of its meaning, but think of it as a vague hope that things will get better on their own, or turn out the way they wish. Thus, the admonition to “have faith” is often little more than an encouragement to think positively. Some people have said that we should “believe in the power of faith” or even “have faith in faith.” They seem to think that if we only believe something strongly enough, it will come to pass. The impression is given that the object and content of faith alike are immaterial. But this is quite a different understanding of faith than what we find in Scripture. A Biblical Definition The closest thing we find in Scripture to a definition of faith is found in Hebrews 11:1. Now faith is the assurance of things hoped for, the conviction of things not seen. The first thing to note here is that even though this verse is written in prose, it contains an instance
Post a Comment
Read more 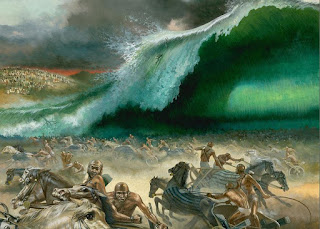 Have you ever noticed that the Scriptures nowhere advance a philosophical argument for the existence of God?  Moses doesn't begin Genesis by saying ( a la  Thomas Aquinas), "The existence of God can be proved in five ways..." No insult to the Angelic Doctor, but there is no such arid stuff in the Bible.  Instead, Genesis opens with the beautifully simple and majestic statement:  "In the beginning God created the heavens and the earth." His existence is simply taken for granted.  This is not difficult to explain.  The Torah was written by Moses in the midst of a remarkable divine intervention in human history:  a self-revelation of God in the exodus of Israel from Egypt and the giving of his law from Sinai, with all the attending miracles. Can you imagine Moses telling Israel, "Now that you have seen him plague the Egyptians and divide the Red Sea and kill Pharaoh and all his hosts, and have been fed by bread from heaven, let me demonstrate his exi
Post a Comment
Read more
More posts