Showing posts from February, 2014
Show all

By Doug Enick - February 26, 2014
We are making our way through the book of Leviticus in my Sunday school class. This is the passage we considered this past Sunday: “You shall do no injustice in court. You shall not be partial to the poor or defer to the great, but in righteousness shall you judge your neighbor.   ~ Leviticus 19:15 ~ We have here a general prohibition followed by several specific examples. The general prohibition is:  “You shall do no injustice in court.” The court, we should understand, is not a human invention, but a divinely authorized institution (Deut. 1:9-18; Rom. 13:1-7). It has been established for the purpose of pursuing justice (Deut. 16:18-20). Justice involves the administration of law in order to prevent one person from harming or defrauding another and to provide a legal remedy when such harm or defraudation takes place. The role of the judge is to decide cases in terms of God’s law. Judges, therefore, are to recognize the Lord as the ultimate source of justice and to under
Post a Comment
Read more 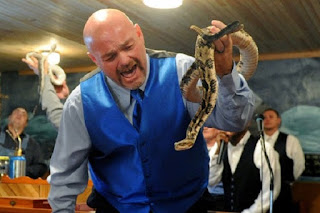 Who knew there was such a program as National Geographic’s “Snake Salvation”?  I   didn’t until a couple days ago when I saw  this video  while checking The Weather Channel for the day’s forecast. The star of the show was Jamie Coots, pastor of the snake-handling Full Gospel Tabernacle in Jesus’ Name, located in Middlesboro, Kentucky. [UPDATE: the video at the link above is no longer available. Here is one from  ABC News .] I say Coots  was  the star of the show, not because the program was cancelled (although it was), but because Pastor Coots is no longer with us. He was bitten by a rattlesnake during a service last Saturday and died two hours later after refusing treatment. Seeking treatment would have been a violation of his beliefs. As strange as it seems, there are people who believe that God commands them…yes  commands  them…to handle poisonous snakes as an expression of their faith in God. [1]  Their belief is derived from a misreading of the King James Version of Mark
Post a Comment
Read more 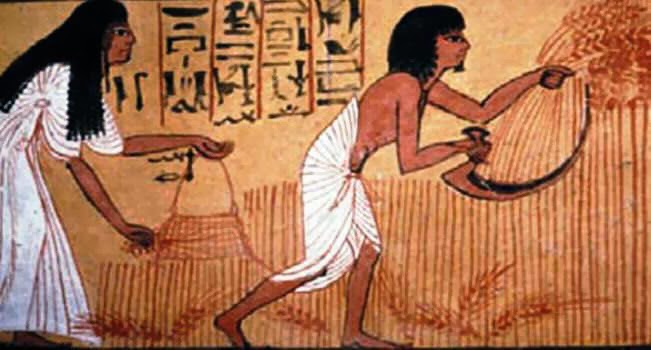 9   ”When you reap the harvest of your land, you shall not reap your field right up to its edge, neither shall you gather the gleanings after your harvest.   10   And you shall not strip your vineyard bare, neither shall you gather the fallen grapes of your vineyard. You shall leave them for the poor and for the sojourner: I am the   Lord   your God. ~ Leviticus 19:9-10 ~ The gleaning laws of Scripture express the Lord’s concern for the well-being of the poor. This is a concern that he requires us to share with him—and not in words only, but also in deeds. “If anyone has the world’s goods and sees his brother in need, yet closes his heart against him, how does God’s love abide in him? Little children, let us not love in word or talk but in deed and in truth” (1 Jn. 3:17-18). The Lord looks kindly on those who are themselves kind to the poor. Whoever is generous to the poor lends to the L ord ,             and he will repay him for his deed (Prov. 19:17) Whoever has a b
1 comment
Read more

The homage which the deity is due

What about those who have never heard?

By Doug Enick - February 07, 2014
I believe in Jesus, that he came to earth, lived a perfect life, and died for my sins; but, if faith in Jesus is absolutely the only way, then what about the people who died who never heard of Him? He doesn’t punish children for not believing he died for their sins because they don’t know Him yet and can’t comprehend that kind of sacrifice, so how could He punish those who never had the opportunity to know about Him when it’s not their fault? Or what about the people who died before Jesus rose again or before his life even began? What about all of the important people from the Old Testament like Adam and Eve, Noah, Joseph, David, etc? Do they just not get to go to Heaven because they lived before Jesus’ sacrifice?  First, let me say that you have asked a really good question. The question of what happens to those who have never heard the gospel is one that is frequently asked, often with a two-fold concern, first, for the justice of God (how can he punish people for never having
2 comments
Read more
More posts