Showing posts from November, 2017
Show all

The Progress of the Gospel in the Book of Acts

The book of Acts follows the progress of the gospel from the time of our Lord’s resurrection and ascension, which occurred in a.d. 30, to the time that Paul reached Rome as a prisoner in about a.d. 60. The first twelve chapters follow the ministry of Peter; the remaining chapters follow the ministry of Paul. Jesus himself provides us with an overview of the progress of the gospel in geographical terms in 1:8 when he says to the twelve: “You will receive power when the Holy Spirit has come upon you, and you will be my witnesses in Jerusalem and in all Judea and Samaria, and to the end of the earth.” This is how the book unfolds, by recounting the witness of the apostles: In Jerusalem: chaps. 1-7 In Judea and Samaria: chaps. 8-9 To the ends of the earth: chaps. 10-28 This geographical progression roughly corresponds to an ethnic progression of the gospel. In Jerusale
Post a Comment
Read more

The Providence of God 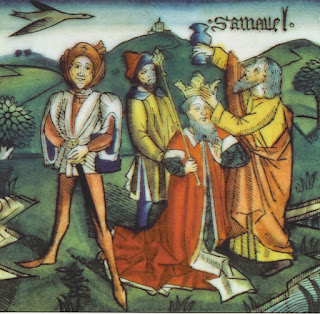 In the book of First Samuel, when we’re first introduced to Saul, whom the Lord had chosen to become Israel’s first king, we find a remarkable instance of God’s providence. Saul was the son of a wealthy man named Kish. As it happened, Kish’s donkeys wandered off, and he sent his son to go find them. After three days of searching without success, Saul determined to return home, lest his father cease to be worried about the donkeys and begin to worry about his son. But Saul’s servant advised that since they were so near to Ramah, the city of the prophet Samuel, they ought to consult him to see if he could divine the location of the missing donkeys.   This is where the curtain is pulled back for just a moment and we’re allowed a glimpse of the secret working of God. The day before Saul arrived in Ramah, the Lord had said to Samuel, “Tomorrow about this time I will send to you a man from Benjamin, and you shall anoint him to be prince over my people Israel” (9:16). Did you cat
Post a Comment
Read more

The Copernican Revolution and Man's place in the Universe 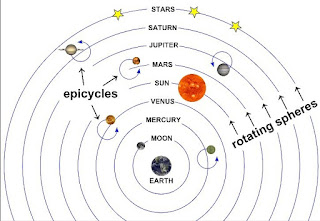 In a previous post we noted the conventional wisdom that posits an eternal conflict between Christianity and science, a narrative made plausible only by a selective reading of the historical evidence. One of the many subplots of this narrative is the Columbus and the Flat Earth Myth . The truth is that virtually no educated person in Columbus’ day believed the earth was flat—not leaders in church or state, not university professors, and probably not even the average medieval serf plowing the field of his lord. Another subplot focuses on the supposedly catastrophic consequences of the Copernican Revolution for the Christian faith. Prior to the 16 th century nearly everyone took for granted that the earth lay at the center of the universe, a view known as geocentrism. This certainly seemed obvious enough. After all, do we not see the sun, moon, and stars move across the sky? What could be more obvious than the fact that the heavenly bodies circle a stationary earth? The a
Post a Comment
Read more
More posts