Showing posts from March, 2022
Show all

Reflections on the Sin of Korah 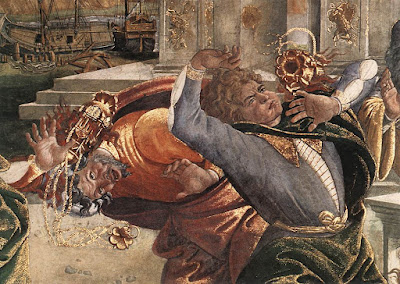 In Numbers 16 we read about a man by the name of Korah, who along with some men from the tribe of Reuben, accused Moses of exalting himself in Israel. “They assembled themselves together against Moses and against Aaron and said to them, ‘You have gone too far! For all in the congregation are holy, every one of them, and the L ord  is among them. Why then do you exalt yourselves above the assembly of the L ord ?” (16:3) It adds an interesting twist to the story when we realize that this Korah was Moses’ cousin. Their fathers were brothers.  The charge that Korah brought against Moses and Aaron had to do with the greater access to God they enjoyed with respect to officiating in the tabernacle. Only they and Aaron’s sons were allowed to serve as priests. Because of this Korah accused them of “exalting themselves above the assembly of the L ord ,” claiming that “all in the congregation are holy, every one of them.” Psalm 106 says, “Men in the camp were jealous of Moses and Aaron, the holy
Post a Comment
Read more
More posts