Showing posts from January, 2020
Show all

Idols of our Time 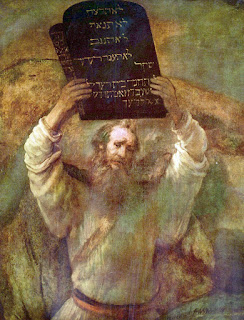 Thirty years ago, Ted Turner, founder of CNN and the Turner Broadcasting System, declared the Ten Commandments to be outdated.   As a substitute he offered the “ Ten Voluntary Initiatives ” (voluntary initiatives, being less offensive to modern ears.) During an interview at the time, he cited the second commandment as evidence of the Decalogue’s obsolescence.   “No one worships idols anymore,” he said, apparently unaware of the more than a billion Hindus on the planet.   Not being the keenest of Bible students, he was equally unaware of the fact that idolatry comes in many forms besides its most obvious varieties.   One needn’t literally bow down before an image carved in wood or stone to be guilty of this primeval sin.   The essence of idolatry is to give the first place in our thoughts, affections, and decision-making process to anyone (or anything) other than God.   Not many of us are tempted to worship the gods once revered in ancient Canaanite temples or were thoug
Post a Comment
Read more
More posts