Showing posts from October, 2011
Show all

What about women holding public office?

By Doug Enick - October 28, 2011
Christian women are admonished to be subject to their husbands. How would this affect a Christian woman holding political office? This is a bit problematic, isn’t it? Scripture and experience both teach us that God has created our very nature and relations as human beings with the need for a hierarchical order. This need is evident in the three basic institutions by which God has been pleased to organize society:   the family, the church, and the State. There must be leaders who are held responsible by God for the accomplishment of his purpose in each of these institutions and who are consequently entrusted by God with authority to govern them. The Scriptures are equally clear that God has ordained men to be the head of each of these institutions. As Paul says in 1 Corinthians with respect to the home, “The head of a wife is her husband” (1 Cor. 11:3; cf. Eph. 5:22 -24; Col. 3:18; 1 Pet. 3:1-6). And with respect to the church, he instructs Timothy and Titus to appoint men as e
1 comment
Read more

Rousseau: The citizen of Plato's Republic

By Doug Enick - October 25, 2011
In a previous post I quoted Paul Johnson's analysis of Rousseau as a father. I continue... It is right to dwell on his desertion of his children not only because it is the most striking single example of his inhumanity but because it is organically part of the process which produced his theory of politics and the role of the state... Since Rousseau felt as a child, it followed he could not bring up children of his own. Something had to take his place, and that something was the State, in the form of the orphanage. Hence, he argued, what he did was 'a good and sensible arrangement'. It was exactly what Plato had advocated... 'I thought I was performing the act of a citizen and a father and I looked on myself as a member of Plato's Republic... What began as a process of personal self-justification in a particular case--a series of hasty, ill thought-out excuses for behaviour he must have known, initially, was unnatural--gradually evolved as repetition and growi
Post a Comment
Read more

By Doug Enick - October 24, 2011
A while back I wrote a piece on the danger of  idolizing of democracy .  Further evidence that democracy is not an inherent good can be found here and here .
Post a Comment
Read more
By Doug Enick - October 21, 2011
Doug Wilson has some good observations about the Occupy Wall Street crowd. Ten guys go to eat at a restaurant every week for lunch. Five of them eat free. One of them picks up the tab for forty percent, and four of them pay the other sixty. Then one day the five guys decide to beat up the one rich guy, because they have heard that he was not willing to pay his "fair share." Wallis calls these five worthies "citizen economists." I call them citizen moochers, citizen deadbeats, citizen layabouts, citizen lotus eaters, citizen slackers, citizen spongers . . . or, as I guess we would say nowadays, citizen economists. But after the thrashing they gave him after that lunch, he didn't show up the next week. Quite baffling and mysterious, the whole thing. (Read more here )
Post a Comment
Read more

By Doug Enick - October 21, 2011
Paul Johnson shows how Rousseau presented himself as a great lover of humanity. But as so often happens with those who love man in general, he had a complete disregard for men in particular. He seemed to be wholly incapable of loving anyone but himself. He was a man, he said, born to love, and he taught the doctrine of love more persistently than most ecclesiastics. How well, then, did he express his love by those nature had placed closest to him? The death of his mother deprived him, from birth, of a normal family life. He could have no feelings for her, one way or another, since he never knew her. But he showed no affection, or indeed interest in, other members of his family. His father meant nothing to him, and his death was merely an opportunity to inherit. At this point Rousseau's concern for his long-lost brother revived to the extent of certifying him dead, so the family money could be his. He saw his family in terms of cash. (p. 18) Was Rousseau capable of loving a woma
Post a Comment
Read more

Whatever became of the Ten Lost Tribes?

By Doug Enick - October 20, 2011
I would say that it is a bit misleading to refer to the ten tribes as “lost.” For those who may be not aware of what is meant by “the Ten Lost Tribes,” let me briefly explain. After the death of Solomon, the kingdom of Israel was divided. The two southern-most tribes of Judah and Benjamin were loyal to Solomon’s son, Rehoboam. The ten tribes to the north chose a man from the tribe of Ephraim, named Jeroboam, to be their king. The northern kingdom was known as Israel and the southern kingdom was called Judah. The two kingdoms sometimes lived in peace with one another and sometimes were at war. But after about 200 years, the Assyrians came in 722 b.c . and defeated the northern kingdom and took many of its citizens into exile. Something very similar took place about 150 years later to the southern kingdom of Judah. It was overrun by the Babylonians, Jerusalem was destroyed and thousands of Jews were led away into captivity in foreign lands. After many years, the Babylon
1 comment
Read more

By Doug Enick - October 19, 2011
"From an early age he wished to shine in society. In particular he wanted the smiles of society women. 'Seamstresses,' he wrote, 'chambermaids, shopgirls did not tempt me. I needed young ladies.' But he was an obvious and ineradicable provincial, in many ways boorish, ill-bred. His initial attempts to break into society, in the 1740s, by playing society's own game, were complete failures; his first play for the favours of a married society woman was a humiliating disaster. "However, after the success of his essay revealed to him the rich rewards for playing the card of Nature, he reversed his tactics. Instead of trying to conceal his boorishness, he emphasized it. He made a virtue of it... He deliberately stressed sentiment as opposed to convention, the impulse of the heart rather than manners. 'My sentiments,' he said, 'are such that they must not be disguised. They dispense me from being polite.' He admitted he was 'uncouth, unpleas
Post a Comment
Read more

Life is bigger than politics

Lawrence O'Donnell's interview of Herman Cain last week illustrates one of the major differences between liberals and conservatives (of the paleo variety). The Left sees all of life as being essentially political. There is not a problem in the world that can not and should not be addressed politically. O'Donnell found fault with Cain for abiding by the advice of his father to "keep his nose clean" by avoiding the civil rights marches and sit-ins in the 1960s. Instead, Cain diligently applied himself to his studies to earn a B. A. in mathematics in 1968 from Morehouse College and then a master's degree in computer science from Purdue in 1971 while working full time in ballistics for the U.S. Department of the Navy. And of course he went on to have a very successful career in business. In doing so, he "saved" and created far more j0bs (for people of all colors) than the current administration could ever hope to do. "Tsk, tsk," says Mr.
2 comments
Read more

By Doug Enick - October 15, 2011
Paul Johnson highlights two of Rousseau's most obnoxious character traits. Although indulged in some ways, he emerged from childhood with a strong sense of deprivation and - perhaps his most marked personal characteristic - self-pity. (p. 5) To the unprejudiced modern eye he does not seem to have had much to grumble about. Yet Rousseau was one of the greatest grumblers in the history of literature. He insisted that his life had been one of misery and persecution. (p. 9) Behind the self-pity lay an overpowering egoism, a feeling that he was quite unlike other men, both in his sufferings and his qualities. He wrote: 'What could your miseries have in common with mine? My situation is unique, unheard of since the beginning of time...' Equally, 'The person who can love me as I can love is still to be born.' 'No one ever had more talent for loving.' 'I was born to be the best friend that ever existed.' 'I would leave this life with apprehens
Post a Comment
Read more

Rousseau: "An Encyclopeadia of Modern Thought"

By Doug Enick - October 14, 2011
The title of Paul Johnson's book is, Intellectuals:  From Marx and Tolstoy to Sartre and Chomsky , but he actually begins with Jean-Jacques Rousseau, who embodied all the ideals of the French Revolution, the source of all our modern ills. It would be hard to overestimate Rousseau's influence on the modern world, even on people who have never read him. Rousseau was the first to combine all the salient characteristics of the modern Promethean:  the assertion of his right to reject the existing order in its entirety; confidence in his capacity to refashion it from the bottom accordance with principles of his own devising; belief that this could be achieved by the political process; and, not least, recognition of the huge part instinct, intuition and impulse play in human conduct. He believed he had a unique love for humanity and had been endowed with unprecedented gifts and insights to increase its felicity. An astonishing number of people, in his own day and since, have taken h
Post a Comment
Read more

By Doug Enick - October 12, 2011
I have just picked up Paul Johnson's Intellectuals:  From Marx and Tolstoy to Sartre and Chomsky , and am delighted with the introductory paragraphs: Over the past two hundred years the influence of intellectuals has grown steadily. Indeed, the rise of the secular intellectual has been a key factor in shaping the modern world. Seen against the long perspective of history it is in many ways a new phenomenon.   It is true that in the earlier incarnations as priests, scribes and soothsayers, intellectuals have laid claim to guide society from the very beginning. But as guardians of hieratic cultures, whether primitive or sophisticated, their moral and ideological innovations were limited by the canons of external authority and by the inheritance of tradition. They were not, and could not be, free spirits, adventurers of the mind. With the decline of clerical power in the eighteenth century, a new kind of mentor emerged to fill the vacuum and capture the ear of society. The se
Post a Comment
Read more 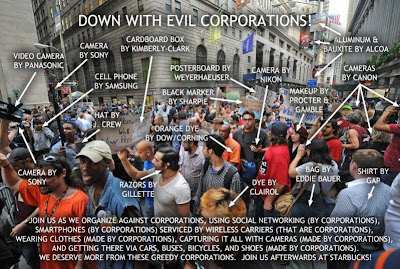