Showing posts from July, 2018
Show all

Immigration and the Bible, pt. 3 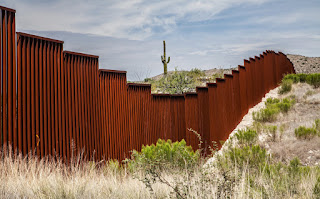 This is the third Sunday school lesson in a three part series on immigration. Click here for part one and here for part two. Immigration by the Numbers In raw numbers, the U.S. has far more immigrants than any other country in the world, about 50 million. This, in a population of 325 million. The number is five times higher than the immigrant population of Germany, which at 12 million has the second highest number. Legal Immigration The United States also welcomes more legal immigrants on a yearly basis than any other country in the world, and has done so for many years. In 2016 we received just shy of 1.2 million Lawful Permanent Residents (LPRs). This is the highest number in at least the last ten years. Since 2000, the number has hovered between 1 and 1.1 million. Here are the figures provided by the Department of Homeland Security. [1] Year LPR 2007 1,052,415 2008 1,107,126 2009 1,130,818 2010 1,04
Post a Comment
Read more

Immigration and the Bible, pt. 2: Sojourners in the Land—Ethical Considerations

Introduction This is part two in a series I’m teaching in my Sunday school class on the subject of immigration and the Bible. In part one (which you can find here ) we examined the general historical context of immigration in the ancient Near East. One of the important points to remember from part one is that a distinction is made in Scripture between a sojourner dwelling in the land as a permanent resident (Heb., ger ) and a foreigner who was just passing through or temporarily doing business in the land ( nekhar or zar ). In this post we want to consider what Scripture teaches concerning our ethical responsibility toward sojourners in the land. Sojourners in the Land — Ethical Considerations We understand of course, that we have an obligation to treat everyone humanely—native born citizens, legal immigrants, illegal immigrants, blacks, whites, Hispanics, Asians, men, women, children, and the rich and poor alike.   This obligation is grounded in the fact that we are all made
Post a Comment
Read more
More posts