Showing posts from October, 2018
Show all

Introduction In my previous  post  we considered the underlying assumptions of the social justice movement.  In this one, we will consider its Marxist origins.  My contention is that social justice is best understood as a euphemism for what is variously called Neo-, Western, or Cultural Marxism.  It’s called  Neo -Marxism to distinguish it from Marxism in its original form,  Western  Marxism because of its adaptation to western societies, and  Cultural  Marxism because it takes the principle of  class  struggle in traditional Marxist theory and applies it to other social struggles in the broader culture.  This last term is perhaps the most helpfully descriptive.  But to understand Cultural Marxism, we must first understand Classical Marxism.  Classical Marxism Classical Marxism is the name given to the social, political, and economic thought of Karl Marx (1818-1883).  Marx and his associate, Friedrich Engels, were the co-authors of the  Communist Manifesto  (1848).  They,
Post a Comment
Read more

Social Justice and its Dangers 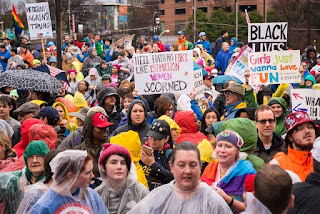