Is it a sin for a Christian to get a tattoo? 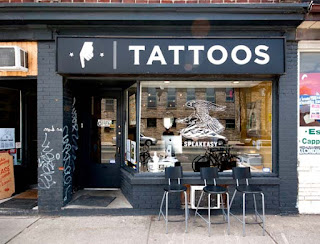 This is a very timely question seeing as how we are witnessing a proliferation of all kinds of body modification, including piercings and cuttings and tattoos. The Bible actually mentions these things very directly in Leviticus 19:28. The Lord says, “You shall not make any cuts on your body for the dead or tattoo yourselves.”

A couple of interpretive questions arise. The first concerns the words “for the dead”. “You shall not make any cuts on your body for the dead…” It was a practice among the pagans to cut themselves for a variety of reasons, one of which was as an expression of mourning for the dead.

In the Ugaritic story of Baal and Anat, the god Baal is killed and the other gods, his friends, cut their cheeks and chins and lacerate their forearms, chests and backs.[1]

We find, too, that the priests of Baal, in their contest with Elijah, “cut themselves after their custom with swords and lances, until the blood gushed out upon them” (1 Ki. 18:28).

The question is:  Does the Levitical prohibition against cutting and tattooing only have to do with mourning rites and with the worship of idols? Or is it a general prohibition that applies across the board in all circumstances? I think it applies across the board. God’s law frequently teaches us general principles by the use of specific cases. Cutting and tattooing oneself “for the dead” is a specific case from which we are to deduce a general principle. Namely, we are not to mutilate or mar the body.

The second question that arises is this:  Is this a law that still applies today? Some laws of the Old Testament no longer apply—the laws concerning sacrifice and offering, for instance. These looked forward to Christ and were types and shadows of his work of atonement. They were like prophecies in the form of object lessons, and since Christ has come, there is no longer any need for them. The kosher laws no longer apply either. They were designed, in part at least, to keep Israel set apart from the nations. And now with the calling of the Gentiles to be joint heirs with the Jews of the promises of God, they are no longer binding.

So the question is this:  does this law against cutting and tattooing oneself still apply today? It is perhaps not as obvious as the commandments against murder and stealing and adultery, but I think it does still apply.

In the first place, cutting and tattooing the body contravenes the natural order. God created man in his own image and pronounced his creation good. Therefore, man should not disfigure the divine image given to him by scarring or tattooing his body, but should have a bias in favor of the natural created form. Paul argues in this way on another matter in First Corinthians when he says, “Does not nature itself teach you…” (1 Cor. 11:14).

And even if we’re mistaken in thinking that the commandment against cutting and tattooing is an abiding commandment, there is still another thing to take into consideration. Paul, on several occasions, appeals to the accepted practices of the churches of God:

We ought to have a high regard for the accepted practices of the church through the ages.

The simple fact of the matter is that the practice of body modification did not originate with the people of God, but with pagans. And in all times and in all places the churches have discouraged the practice. This alone ought to give a Christian pause in considering it.

Western Civilization has been profoundly influenced by the Christian faith. This is why tattooing and other forms of body modification, until recent times, have been relatively rare. But as we have moved away from our Christian heritage we have seen a significant rise in these things. Body modification has come into prominence among those who wish to defy convention—another very good reason for a Christian to avoid it.

“Do you not know that your body is a temple of the Holy Spirit within you, whom you have from God? You are not your own, for you were bought with a price. So glorify God in your body” (1 Cor. 3:19-20).

We are not free to do whatever we want with our bodies, but we must hold them, and keep them, and do with them whatever God commands.